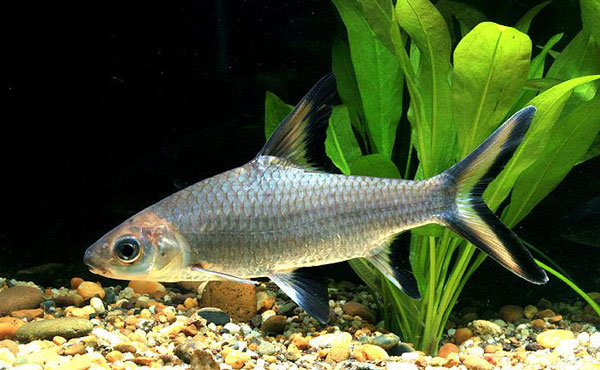 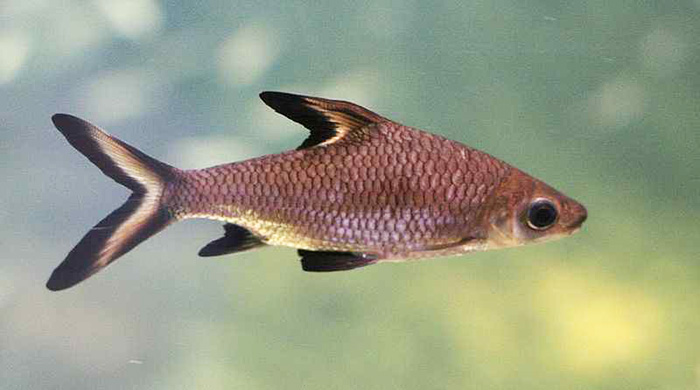 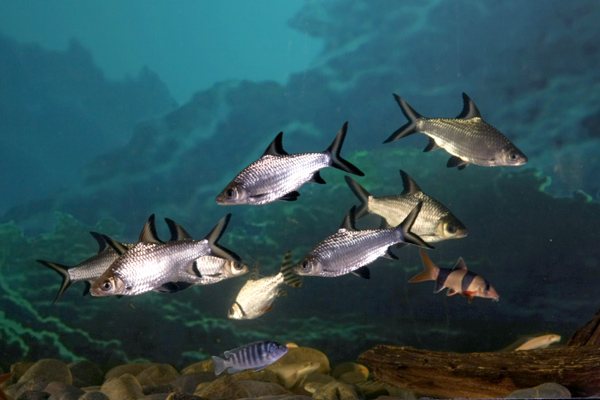 The Bala shark, Balantiocheilos melanopterus, also known as the tricolor shark, silver shark, or shark minnow, is a fish species of the family Cyprinidae and is one of the two species in the genus Balantiocheilos. This species is not a true shark but is commonly so called because of its torpedo-shaped body and large fins. It is endangered because the population decreased by 50% in the last 10 years. The Bala Shark is a beautiful fish with a metallic silver body with a yellow, shiny scales and black dorsal and caudal fin. 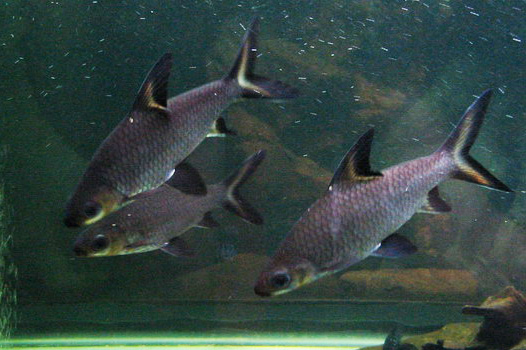 The Bala shark requires a large aquarium with driftwood, rocks, and spots of dense vegetation. These freshwater sharks do best in small groups of 3 or more, as they prefer to school in the aquarium. These freshwater sharks are generally peaceful and good friends to many other types of tropical fish. They are an active fish that will be visible during the day. Tankmates can be Larger cichlids, angelfish, parrot cichlids, mid-sized tetra, Gouramis, Ram cichlids, Etc. 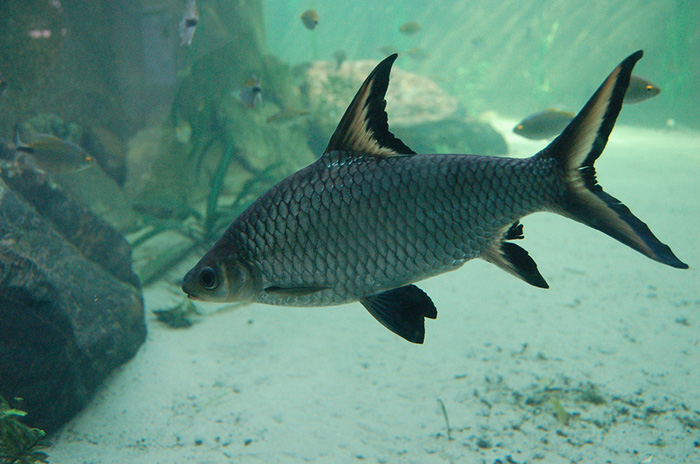 An omnivore, the Bala Shark is not a really difficult eater fish. Flake food, freeze-dried bloodworms, freeze-dried shrimp and tubifex, along with vegetable-based foods should be fed. 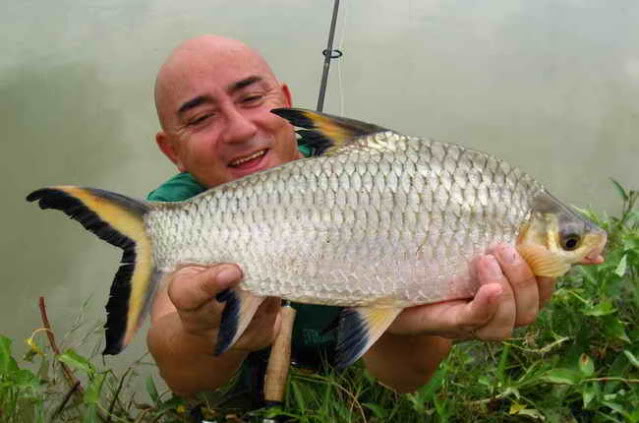 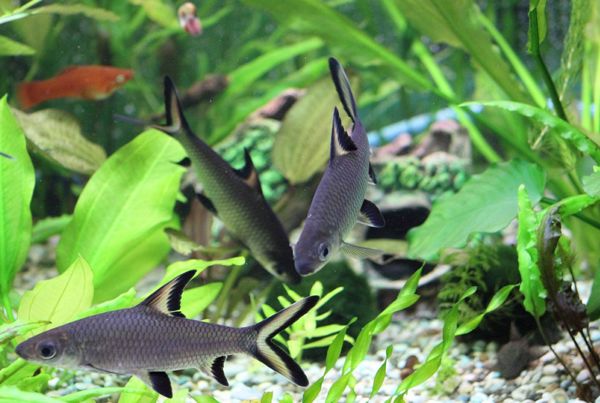