Blue damselfish, Chrysiptera cyanea, also commonly known as blue damselfish, the sapphire devil, or orange tail blue damselfish, is a popular saltwater aquarium. It’s a really colorful, hardy, and active fish. The female is all blue; the male has an orange tail and is also well-known by the common name of Orangetail Blue Damselfish. In the wild, Blue Devil Damselfish are located within coral reefs, generally active protecting a tiny area.

Blue damselfish is a durable member of a saltwater aquarium. For this reason and its normally cheap price, it’s suggested for you to be a beginner marine aquarium keepers to get the experience of the hobby. 30 gallons is normally quoted as the minimum tank size necessary to permanently house this fish. 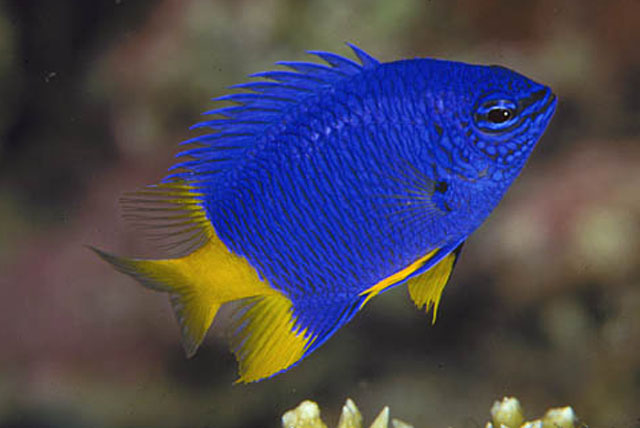 Blue damselfish is often a pretty aggressive fish similar to damselfish despite its small size and definitely will often harass similarly sized fish or perhaps fish somewhat greater than itself. It’s also territorial with members of its own species, and with new additions to a tank. This will often make it hard to add other small fish to an aquarium. It’s even so reef safe and does not harm invertebrates. Despite its hardy nature, it also mustn’t be put in an aquarium tank with larger predatory fish such as lionfish, and grouper which will often see it as a food source. Males are usually an electric blue color with an orange tail. Females are an electric blue with a black spot on the top of the fin and have no orange tail, just all blue. 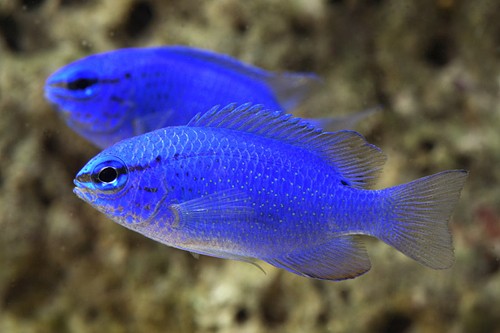 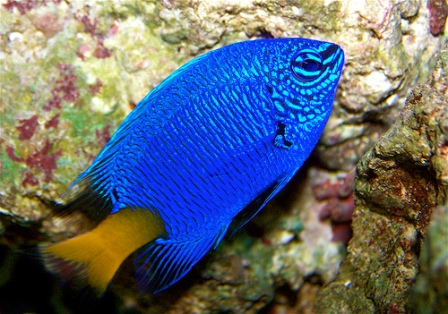 Tank Mate Compatibility: Use caution when selecting tank mates. Avoid keeping them with other damsels but if you do, introduce at the same time to limit territorial aggression. May harass other tank mates that come into their territory.

1 Comment so far. Feel free to join this conversation.