Blue Tang, Paracanthurus hepatus is a species of Indo-Pacific surgeonfish. A popular fish in marine aquaria, it is the only member of the genus Paracanthurus. A number of common names are attributed to the species, including the regal tang, palette surgeonfish, blue tang (leading to confusion with the Atlantic Acanthurus coeruleus), royal blue tang, hippo tang, flagtail surgeonfish, Pacific regal blue tang and blue surgeonfish.

One of the biggest movie stars of 2016, Blue Tang is well known as the star as Dory  in “Finding Dory” and “Finding Nemo!” 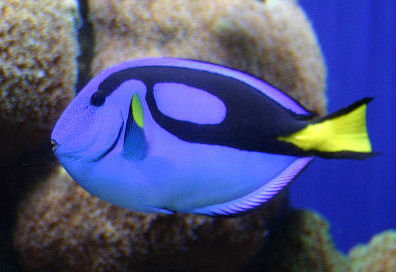 The Blue Tang is frequently purchased due to it’s vivid coloration. As juveniles, it prefers to swim in schools and hide among coral branches for safety and can start to quarrel among themselves when they grow to about 4″. 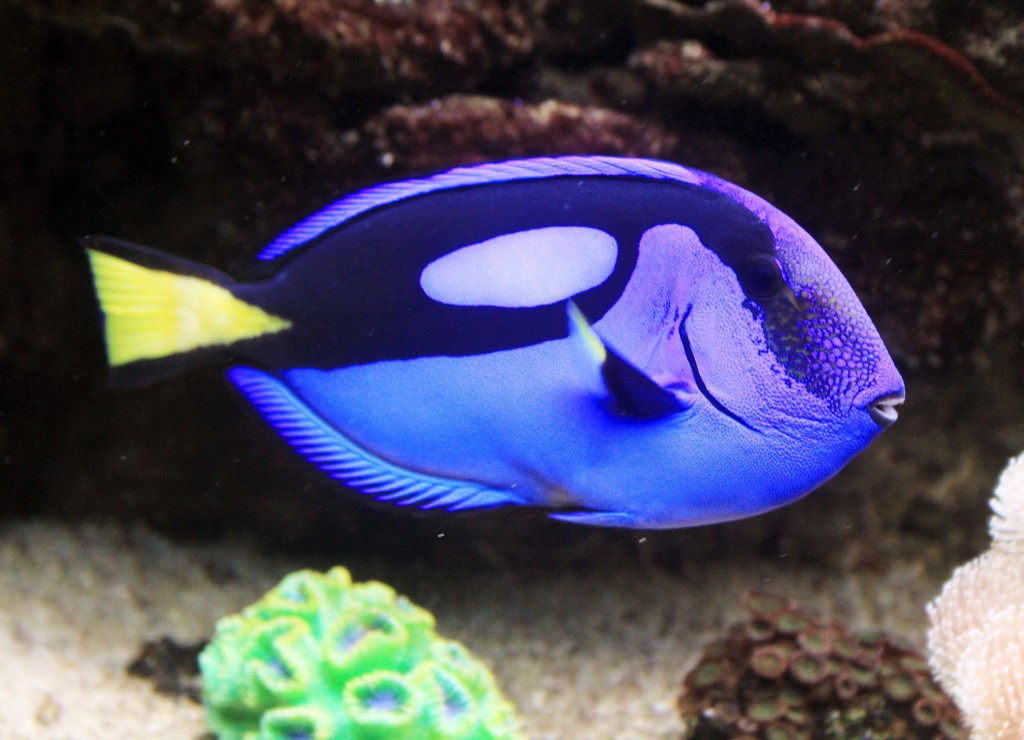 Adult royal blue tang fish generally weigh approximately 21.15 oz (600 g ) and are 4.72 to 14.96 inches (12 to 38 centimeters) long in nature. Men are usually larger than females. Blue Tang can reach about 12″ long when fully grown, though they normally don’t reach that full-sized in captivity. While frequently sold as cute little 1″ babies that look suitable for a nano reef, keep in mind that the adults really need about a 6′ long tank to be happy. 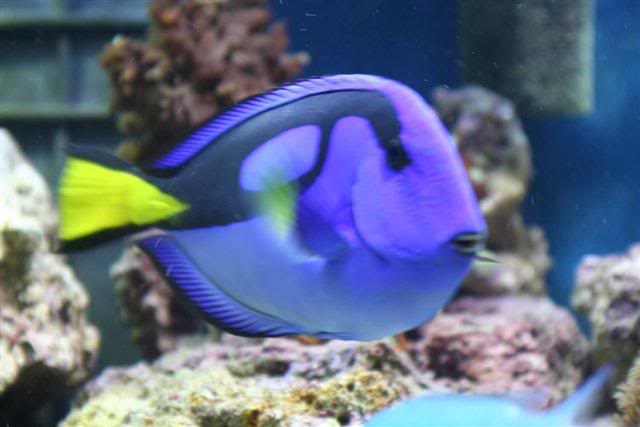 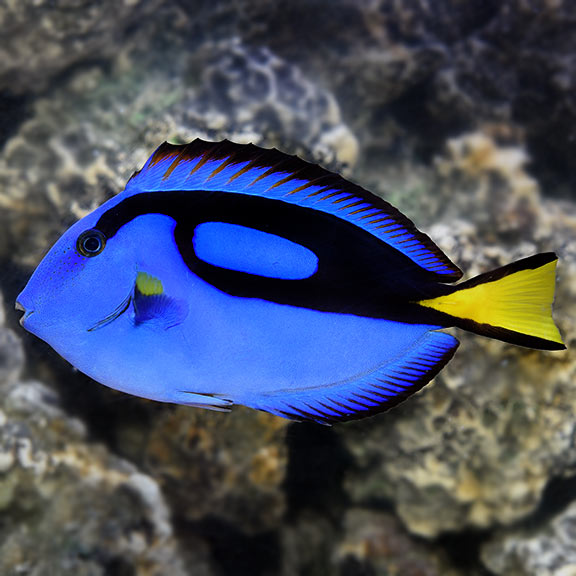 Reef Suitability: Excellent reef inhabitant, but somewhat delicate. Safe with any invertebrates. Specimens are generally sold at a very small size as in one of the thumbnails above. The Pacific Blue Tang is a part of this surgeonfishes and is among the very active swimmers of this accessible tangs. They’ll require at least a 75-gallon tank (284 liters), rather larger, allowing for sufficient swimming area. 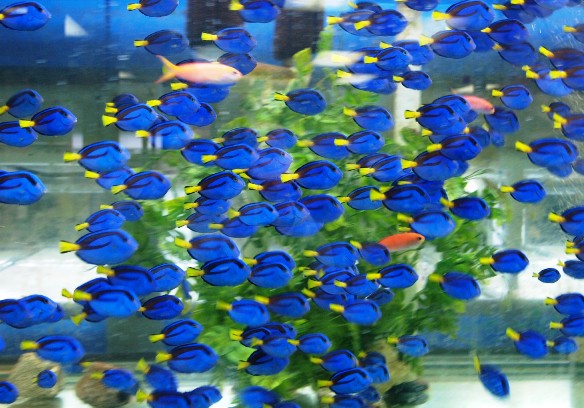 Although Blue Tangs will eat foods with some other fish in the aquarium, it is crucial that they are offered a lot of marine based seaweed and algae. This will strengthen the Blue Tang’s body’s immune system, decrease aggression and enhance them all around health. Offer dried seaweed tied to a rock or use a veggie clip, and feed a minimum of 3 times each week. Sea Veggies, Seaweed Salad, and Ocean Nutrition are ideal products and are easy to use. 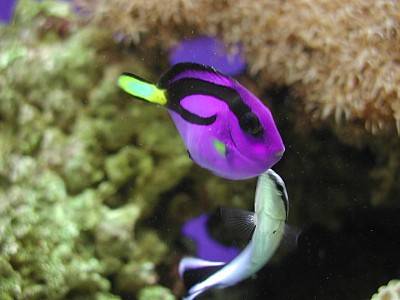 Blue Tangs are cared for in aquariums at least 6 ft in length by seasoned marine (saltwater) aquarists. If you are a newcomer, we recommend a similar-looking fish like the Yellowtail Damselfish or Clown fish.

Appropriate care of the Blue Tang requires a marginally higher amount of devotion and attention since it’s more vulnerable to lateral line disease, fin erosion, Ich and other skin ailments compared to several other fish. Ensure maximum water quality along with a varied diet, rich in healthy marine-base veggies to maintain your Tang in optimum wellness.