Copperband Butterflyfish, Chelmon rostratus, also commonly called the Beak Coralfish is found in reefs in both the Pacific and Indian Oceans. This butterflyfish is one of the three species in the genus Chelmon, all being known for having longer beaks. 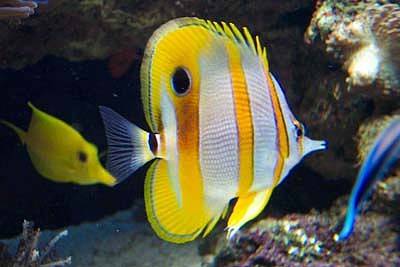 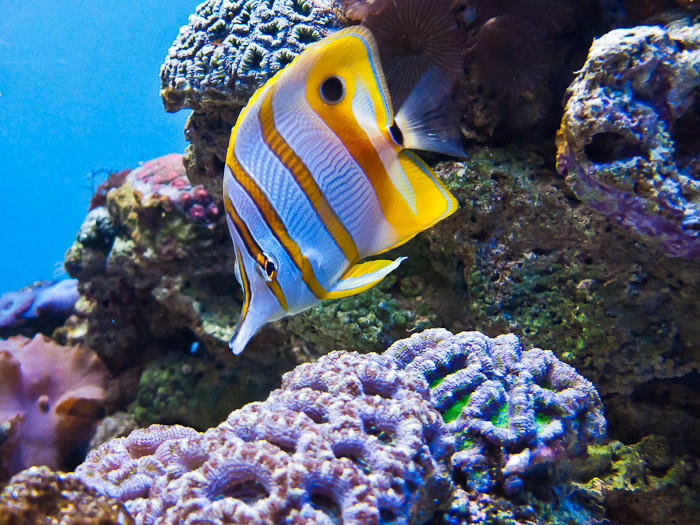 Copperband butterflyfish can grow to 8 inches however in an aquarium are generally found at 1 / 2 that size. They live well at a normal reef temperature range of 75 to 84 F (24 to 29 C), with a tank size at least 75 gallons with a lot of live rock to graze on. Copperband butterflyfish isn’t 100% reef-aquarium safe. It’s unpredictable. I believe of it as being in the same category as the Centropyge angelfish when it comes to risk. 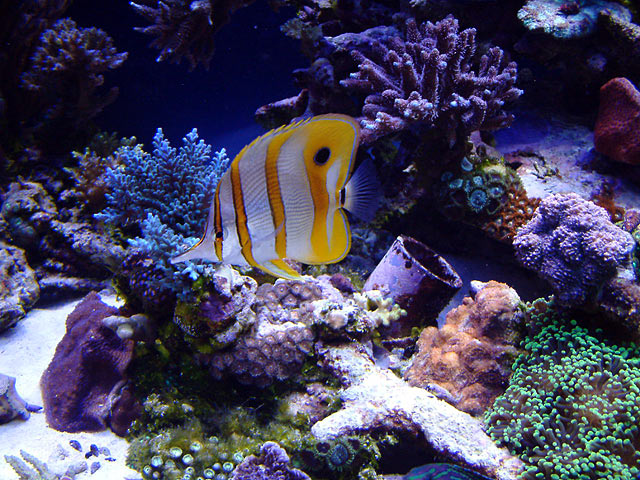 Copperband Butterflyfish is a difficult fish to feed, it is a shy and deliberate feeder that may require many types of foods offered to it in order to start feeding. Copperband butterflyfish will eat many invertebrates, including parasitic forms such as Calliactis parasitica and common glass anemone (aiptasia) (Parasitic anemone). The Aiptasia is the last choice of food though; all tube and substrate worms, clams, mollusks are its prey. 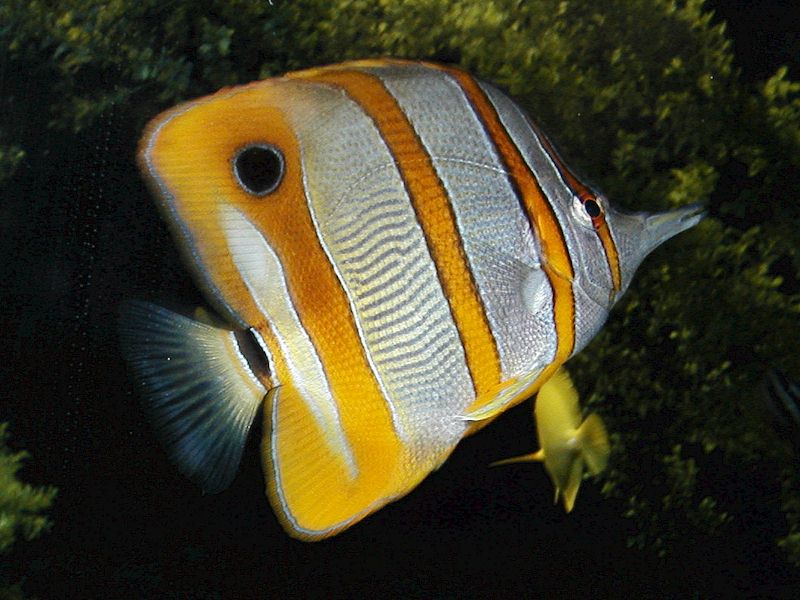 Copperband butterflyfish fish is actually more peaceful the longer it is settled in the aquarium. However This is not a recommended fish for novice aquarists, as it requires excellent tank conditions to thrive or even survive. 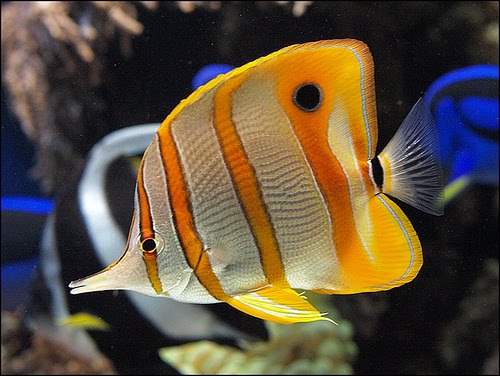 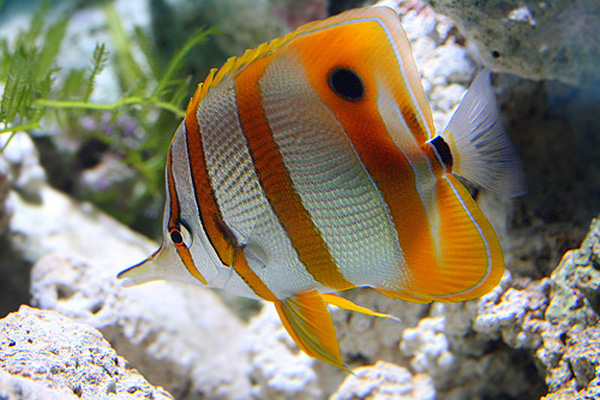