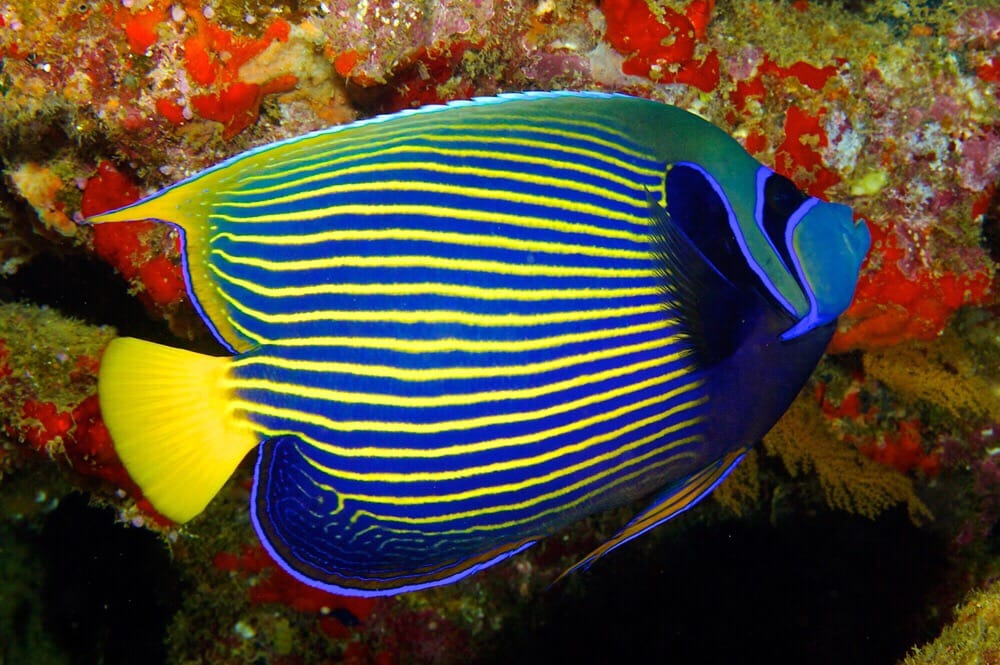 The Emperor angelfish, Pomacanthus imperator, is a species of marine angelfish. It is a reef-associated fish, native to the Indian and Pacific Oceans. Emperor angelfish is one of the most popular angelfish in the saltwater aquarium hobby because of beautiful their body and color.

Juvenile Pomacanthus imperator
Juveniles are dark blue with electric blue and white rings; adults have yellow and blue stripes, with black around the eyes. It takes about 24 to 30 months for an emperor angelfish to acquire its adult coloring. They grow to 40 cm (15.75 in) in length on Adult size. 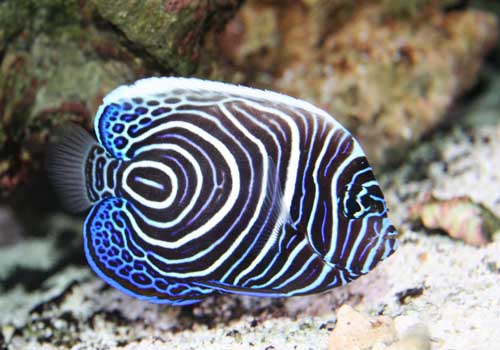 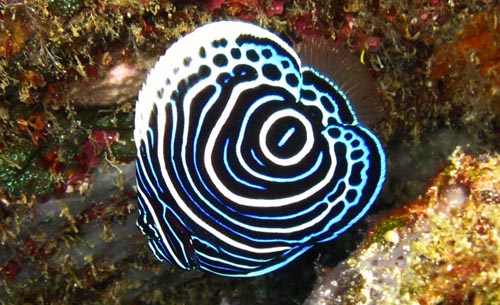 Emperor Angelfish They can feed a diet of Spirulina, marine algae, high-quality angelfish preparations, frozen shrimp, Artemia and other meaty food. (no safe for reef because in wild, diet is made up of corals, sponges, tunicates and algae. ) 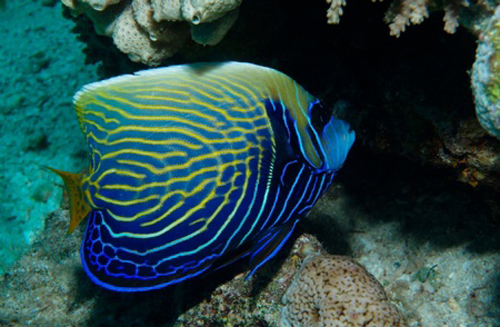 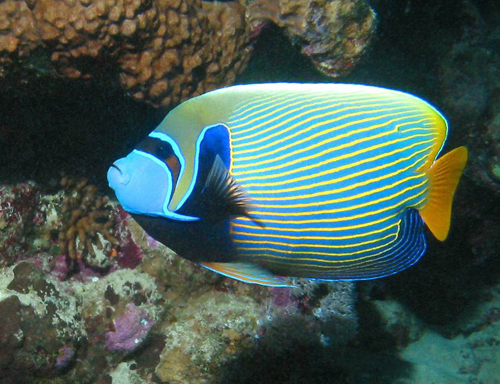 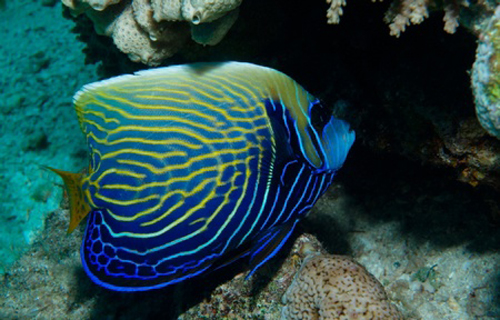 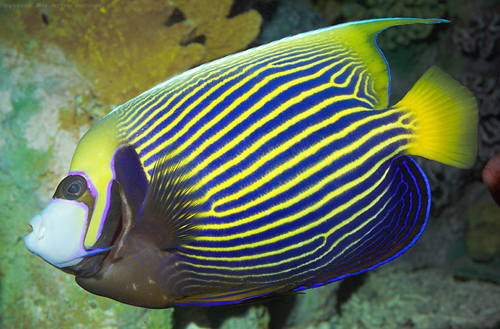 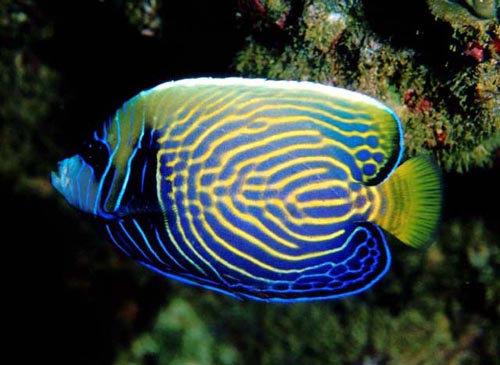 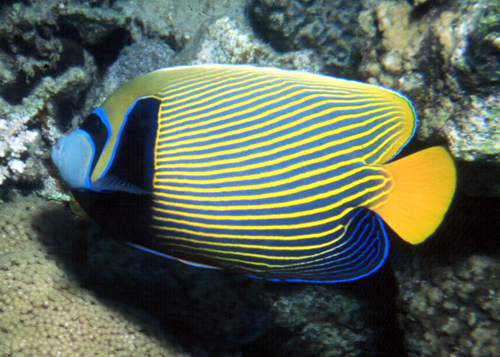 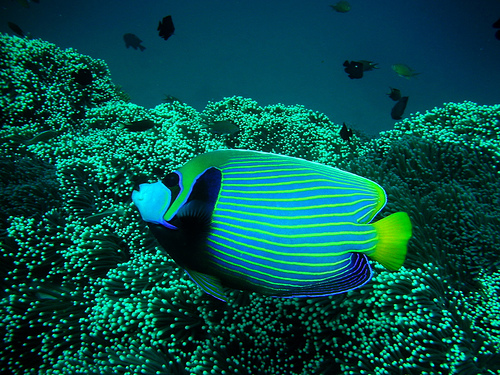